How can we salvage the dignity of the United States

We can’t Put up a Christmas scene, but they can pray in the streets And put up a Mosque at the World Trade Center where 3000 people died because of their twisted, religious zeal.

This is NYC on  Madison Ave

A Christian Nation cannot put up a Christmas scene of the baby Jesus in a public place, but the Muslims can stop normal traffic every Friday afternoon
by worshiping in the streets… Something is happening in  America  that is reminiscent of what is happening in  Europe . This is Political Correctness gone crazy…

This is an accurate picture of every Friday afternoon in several locations
throughout NYC where there are mosques with a large number of Muslims
that cannot fit into the mosque - They fill the surrounding streets, facing east for a couple of hours between about 2 & 4 p.m. – Besides this one at 42nd St & Madison Ave, there is another, even larger group, at 94th St & 3rd Ave, etc., etc. – Also, I presume, you are aware of the dispute over building another "high rise" Mosque a few blocks from "ground zero" – With regard to that one, the "Imam" refuses to disclose where the $110 million dollars to build it is coming from and there is a lawsuit filed to force disclosure of that information – Just some facts FYI

This is in  New York City  on Madison Avenue, not in  France   or the Middle East or  Yemen  or  Kenya.

Is there a message here????  Yes, there is, and they are claiming  America  for allah.  if we don't wake up soon, we are going to "politically correct" ourselves right out of our own country 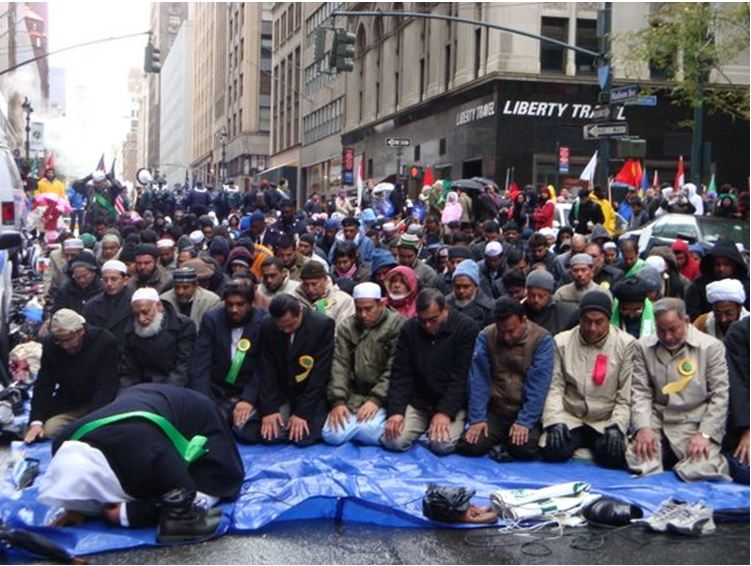 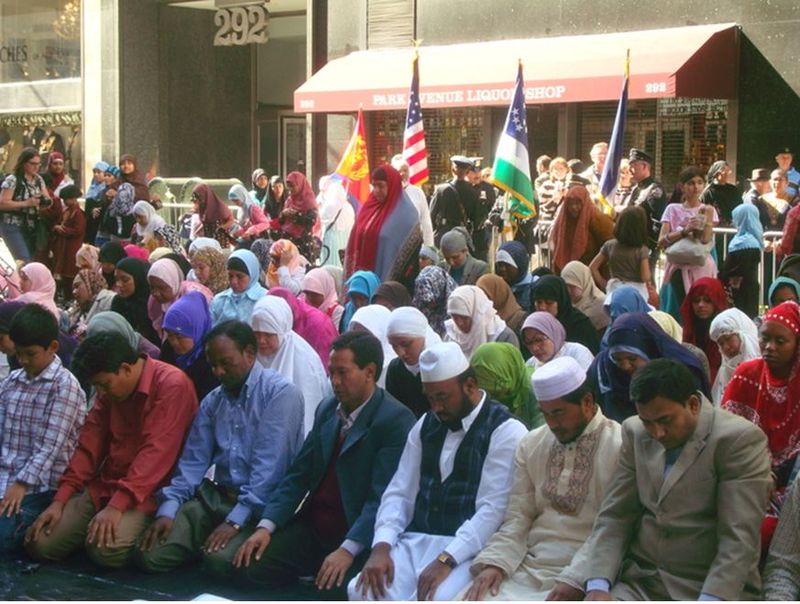 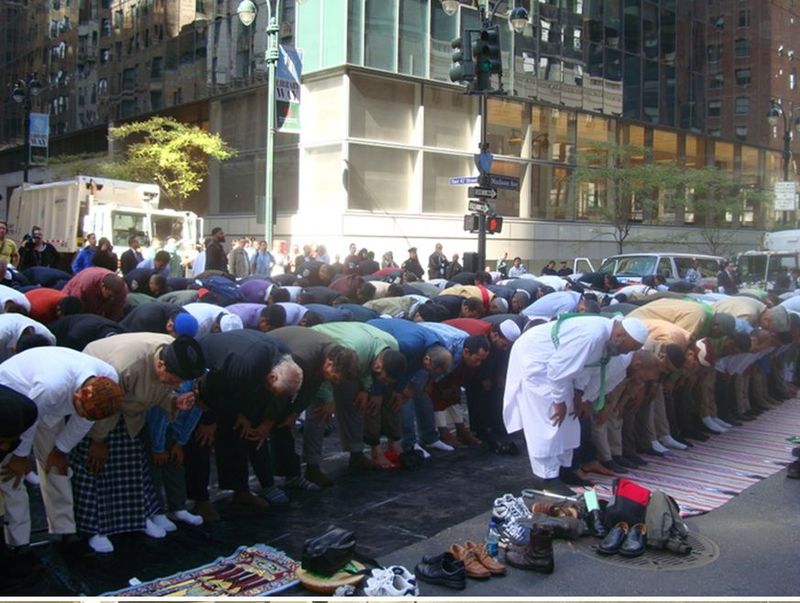 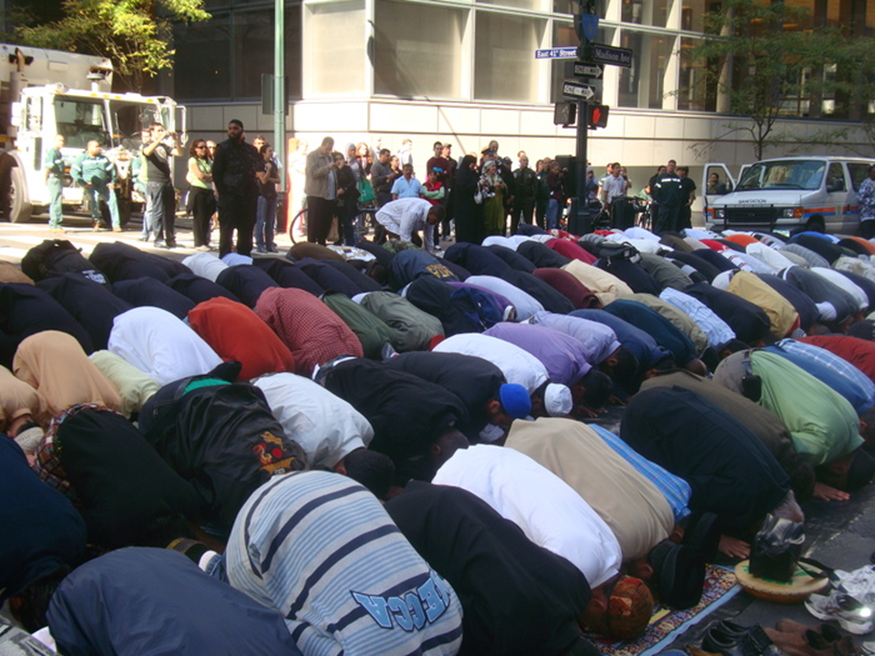