When Jan Van Dusen appeared before a U.S. Tax Court judge and a team of Internal Revenue Service lawyers more than a year ago, there was more at stake than her tax deduction for taking care of 70 stray cats.

Hanging in the balance were millions of dollars in annual tax deductions by animal-rescue volunteers across the nation—and some needed clarity on the treatment of volunteers' unreimbursed expenses for 1.55 million other IRS-recognized charities.

Early this month, Ms. Van Dusen learned she had won her case. "I was stunned," she said. "It feels great to have established this precedent."

The Tax Court allowed her to take a charitable deduction for expenses she incurred while taking care of the cats in her home for an IRS-approved charity, Fix Our Ferals. Among the $12,068 in expenses she deducted: food, veterinarian bills, litter, a portion of utility bills, and other items such as paper towels and garbage bags. 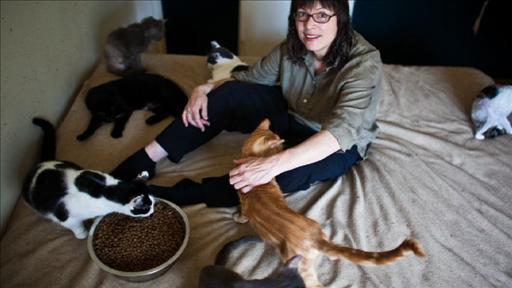 A woman who had deducted expenses related to saving feral cats went up against the IRS and won, potentially reshaping the rules on some unreimbursed expenses. Kelsey Hubbard talks with WSJ's Laura Saunders about the implications of this precedent setting ruling.

The decision, in Van Dusen v. Commissioner, paves the way for volunteers of animal-rescue groups like the ASPCA and Humane Society of the U.S. to deduct unreimbursed expenses that further the groups' missions, such as fostering stray animals.